The Past and Present of Gilli Danda, An Indian Game 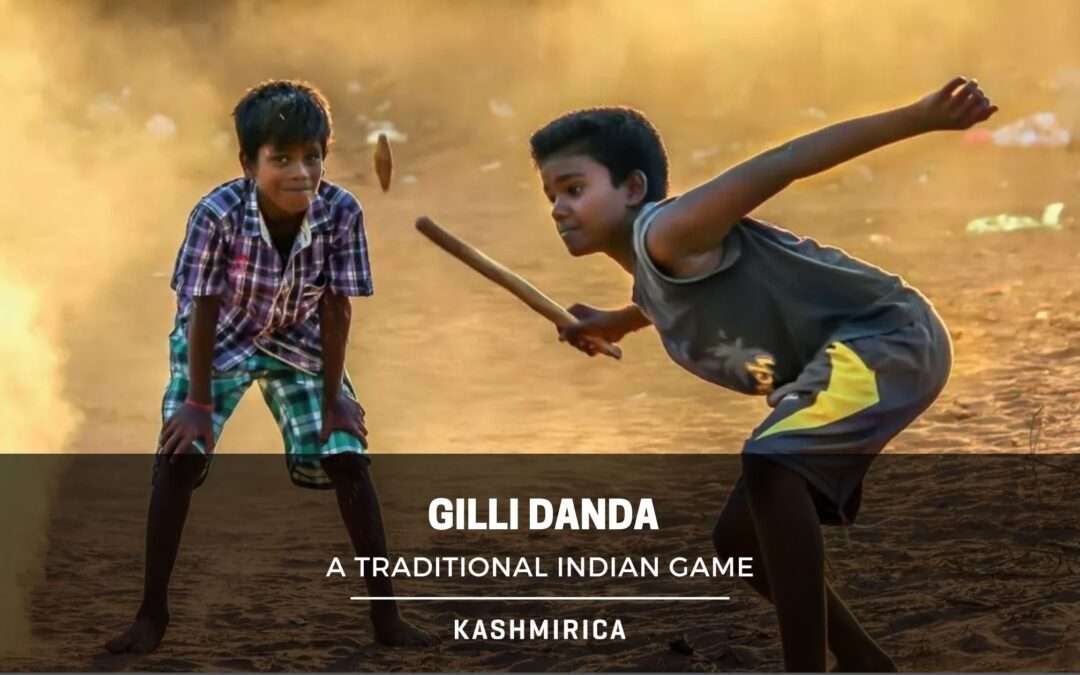 The world is rapidly changing and so are our preferences. But the past, the history doesn’t change. I’m sure as a child you’ve played bat and ball or gully cricket with your friends.

Our days wouldn’t go by without playing some outdoor sports/games, right?

The scene is much different today, as we are all hooked to our phone screens. These games are lost, but their fun remains. One such game is Gilli danda, and this blog is all about its past and present!

Gilli danda otherwise known as Viti Dandu, Kitti-Pul is a local sport that originated around 2500 years ago in the Indian subcontinent. It is played in small towns of South Asia, in India, Pakistan, Cambodia, Turkey, South Africa, Italy, and Poland.

The game is played with the help of two sticks: the larger one is called Danda and the small one is called Gilli. It is very similar to a basic bat and ball game when a ball is used instead of Gilli. I’m sure we all have played bat and ball or gully cricket in our childhood days.

Gilli danda is derived from ghatikā which literally means “tip-cat”. It is known as ghatikā in many south Asian countries like Bangladesh and India, with slight variations in their names. In Bangladesh, it is known as danguli khela and in Nepal, Dandi biyo.

Both of these are similar to the original Gilli danda. Other names for Gilli danda are Tipcat in English, alak-doulak in Persian, kuttiyum kolum in Malayalam, etc.

The Rules of Gilli Danda

Well, if at all Gilli Danda is played these days, there are not many rules to follow per se. But the traditional game or rather the original game did have many rules to be followed.

The game is played with two pieces of equipment, danda- a long stick and gilli- a small oval piece of wood. The rule is that the players should be in even numbers like 4, 8, etc.

It is played in a small circle. The player balances the gilli on a stone in such a manner that one end touches the ground, and the other one is in the air. What he does is that he hits the raised end and the gilli flicks in the air.

At that moment, the player will hit it with the danda as far as possible. Before the gilli is caught by the opponent, the player has to run and touch a pre-decided point outside the circle. The area used in a gilli danda game is not fixed and the number of players is also flexible, making it a really ideal, casual, and impromptu game.

The team that scores the most points wins. Like strikeout in baseball, if the striker fails to hit the gilli in three strokes, he’s out. The players are actually supposed to catch the gilli in mid-air to strike out the player.

Gilli danda is an amateur sport and that’s why it has many regional variations. In some cases, the number of points depends on how far the gilli falls from the striking point. That distance is measured by the danda or the gilli.

Sometimes the scoring is also based on the number of strikes on the Gilli while it flicks in the air. If the Gilli is not struck at a considerable distance, the player has to try again.

The world champion of Gilli danda is Shobhit Maurya, who holds several records to his name. To promote the activity in these underrated games, the UNESCO Advisory Committee International Council of Traditional Sports and Games (ICTSG) is keen to revive these games.

In 2014, a movie based on the sport was made Vitti Dandu, starring Ajay Devgan and Leena Deore.

A very popular Bollywood movie, Lagaan also mentions it being a similar game to cricket.

The renowned Hindi writer Premchand wrote a short story by the name of “Gilli-danda” in which he compares old simple days and emotions to modern values and also casteism.  The story is built around the protagonist’s experience with Gilli danda, and how people rejected and discriminated against him, and did not let him play the game because of his caste.

The 1934 film Babes in Toyland of Laurel & Hardy displays Laurel playing the US version of the game, which he refers to as “Pee Wee.”

I am signing off now, hope you enjoyed my musings on a traditional sport- Gilli Danda.

Read More of our Sports Blogs:

Buy the finest quality, Made in Kashmir bats for your kit.