Get to Know the 11 Oldest Languages in the World 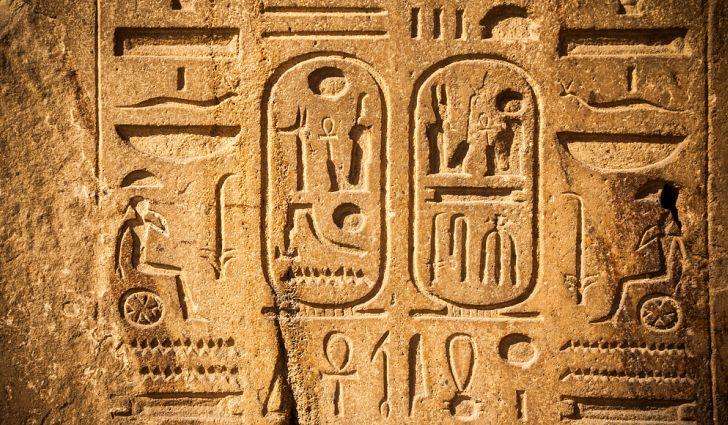 Man has been living on this planet for millions of years. Obviously, he needed to communicate. Interestingly, he chose to use different languages and not just one. This shows the versatility of man’s knowledge.

If you have a look at some of the oldest languages in the world, the idea of multiple languages will be pretty straightforward. Even if they still remain in use, they are not used as they were in the past.

A number of languages have been erased from the world, leaving only a few traces of their origins. Many others have been modified into something completely different. There are still some warriors who are fighting to sustain themselves in this modern world.

In all honesty, the story of the oldest languages in the world is quite interesting. Before checking out this list, let’s see how many languages do you know about. Let’s do this.

Enumerate the languages that you think are from the oldest languages in the world?

Also, which do you think is the oldest language in the world? i

Let me give you a heads up. There are some languages in this list that you can never imagine being so old.

One of the Oldest Languages in the World Spoken by Moses

Hebrew came into light in 400 CE. It is the mother tongue of Jews around the world. It also became the official language of Israel after its formation. The modern version of the language differs from the Biblical version but nevertheless, the native speakers of Hebrew can fully comprehend what is written in the Old Testament.

Modern Hebrew replaced Yiddish as the native Jewish language and other connecting languages and became what is known today, the unified language of the Jews around the world.

Tamil has inscriptions that date back to the 3rd century BC. Some facts about it will surely astonish people who think that it is a language spoken only by South Indians. It is the only ancient language that has been relevant and existing since its inception whereas many of its counterparts were eradicated by new substitute languages.

It is spoken by about 78 million people (which means it’s spoken outside India too) and is the official language in Sri Lanka and as well as Singapore. Yes! You read it right, Singapore.

Since it is a part of the Dravidian language family, it is also the official language of the state of Tamil Nadu. Unlike Sanskrit which is another ancient Indian language that fell out of common use around 600 BC, Tamil has continued to develop and is now the 20th most commonly spoken language in the world.

Other similar older languages in the world can now only be found only in texts or scriptures. So, Tamil is a great example of being the world’s oldest language that is still relevant and living.

The Mayan family of languages is another one from the oldest languages in the world. Do you know that there are 32 different dialects of the Mayan language? Hush Hush, all of them can be traced back to the original, which comes from 292 AD.

The original Mayan language didn’t have words to communicate messages but instead used pictures called glyphs. An ancient city discovered in the rain forest of Guatemala called Tikal where a temple having stone shafts was the first place in the world to indicate evidence of the existence Mayan language. It is a native language of the people of Mesoamerica, Honduras, Belize, and Mexico and has about 6 million speakers today.

Ancient Chinese dates back to more than 3,000 years ago. It is said to have originated in around 1250 B.C. as a part of the Sino-Tibetan language family. The oldest known example of Old Chinese was found at the archaeological site of the ancient city of Yinxu.

At this site, oracle bones with the earliest form of the Chinese language were reported to be found. It was also discovered that there were about 4,000 different characters in Old Chinese but unfortunately today, only half of those have been translated with meaning.

Do you know why?

Because it is a very complicated language and it is very difficult to understand the grammar of Old Chinese. Old Chinese evolved into Middle Chinese around 600 AD and ultimately upgraded into modern Mandarin and Cantonese, thus eradicating one of the oldest languages in the world completely.

Read: What is the Best Saffron Brand in India?

Sumerian is known as the oldest written language in the world and it dates back to at least 3500 BC. The earliest proof that the written Sumerian language existed was the Kish Tablet, which was found in Iraq. Sumerian is said to be older than Egyptian, but unfortunately, it only lasted as a spoken language until around 2000 BC. Later it was replaced by another language, called Akkadian.

It was unknown to the world until the 19thcentury. It was discovered by some archaeologists while researching ancient Arabic and European cultures.

The Language of the Quran

Arabic can be traced all the way back early 328 A.D. Arabic is a member of the Afro-Asiatic language family. Today, it is spoken by citizens of the Arab league and parts of Africa, Asia and also Europe. It currently has about 420 million speakers. Perhaps it is one of the world’s oldest languages with the highest number of speakers.

In 1901, the proof of the Arabic language to be ancient was discovered from the Namara inscription and with time it has evolved drastically and unfolded into many variants. New versions of the original Arabic vocabulary and grammar have evolved lately.

Though there are some debates over the inscription being incomplete Arabic language, still it is said to be a very early form of the language. To be exact, its inscriptions were found on a basalt rock, which is alleged to have come from a tomb proving a certain connection between the Romans and Arabs dating back to the fourth century.

The holy book of the Muslims known as the Quran is also written in the Arabic Language. It is one of the most memorized books on the planet. That is a reason through which Classic Arabic has been preserved over the last 1400 years.

The Language the Pharos Spoke

The first known record of Egyptian language was found in a tomb that dates back to 2690 BC. Egyptian is said to have originated in 3300 B.C. It is an Afro-Asiatic language that was native to the people of Ancient Egypt and was spoken until the 17th century.

It was gradually replaced by modern Arabic and other local forms of the language. Today, it has vanished completely as a written language and as well as a spoken language. It has been successfully translated over the years by many well-known linguists and many texts and scriptures have been understood giving vivid details about the ancient Egyptian culture as well.

The mystery is always Greek

Mycenaean Greek is one of the earliest forms of the Greek language. It dates as far back as the 1600 BC. As a member of the Indo-European language family, it is was spoken in Southern Balkans and Modern Greece. Just like many other Greek tragedies, this language is officially extinct. It was deciphered in the 1950s.

As of today, the text mostly exists in inventories and lists and doesn’t have any form of literature written in it. Although not significant, there are still some small existing examples of Mycenaean Greek. It is believed that the use of this language ended when the Mycenaean civilization fell. A point to note is that Arcadocypriot Greek, another form of the Greek language, is very similar to the Mycenaean version.

They say, Jesus spoke this

Aramaic is a biblical language that has been around for more than 3,000 years. It is said to have originated in 900 B.C. Just to give proof for how ancient this language is, it is said that it was spoken by Jesus and his disciples.

The oldest form of Latin is known as Old Latin. It can be traced back to 700 B.C.

Latin was the common language in the Roman Empire and most parts of Southern Europe. Just like Sanskrit, it is recognized as a part of the Indo-European language family. In many parts of Europe many ancient documents and monuments, dating back to the earliest of centuries, are scribbled with ancient Latin.

Although gradually it has faded away as a spoken language and replaced by languages like French, Italian, and Spanish, etc., it is still seen as a written language. It is not known how many people speak a form of Latin in today’s time, but there are many Latin enthusiasts even today. These people are keen on keeping Latin, which is one of the oldest languages in the world, alive.

The language that Indians love, but don’t speak

Just like its fellow language Tamil, Sanskrit is another ancient language that dates to around 100 AD. Sanskrit is also a member of the Indo-European family it is spoken by Indians, Nepalese and people from neighboring areas of the subcontinent.

As of today, it is spoken by only 14000+ people. The first known example of the existence of ancient Sanskrit was found in the city of Ayodhya and also in other states like Gujrat. There are many variations of Sanskrit known to researchers. Interestingly, for about 2,000 years, it was the main language of several areas of Southeast Asia but was gradually replaced by Hindi and other local official languages.

So tell me did the list of the oldest languages in the world surprise you? Numbers 1 and 2 surely did surprise me.

Apart from this small list, there are many more languages that have their roots tracing back to the beginning of time. There are many other undiscovered languages with deep cultures and history embedded in them, waiting to be unfolded.

Let’s see with time, how many of the oldest languages of the world can we discover?

Btw, do you feel interested in the Kashmiri lifestyle? Check out our amazing collection of handmade luxury on our shopping page.