Everything that You Need to Know About Kashmiri Paper Mache Crafts 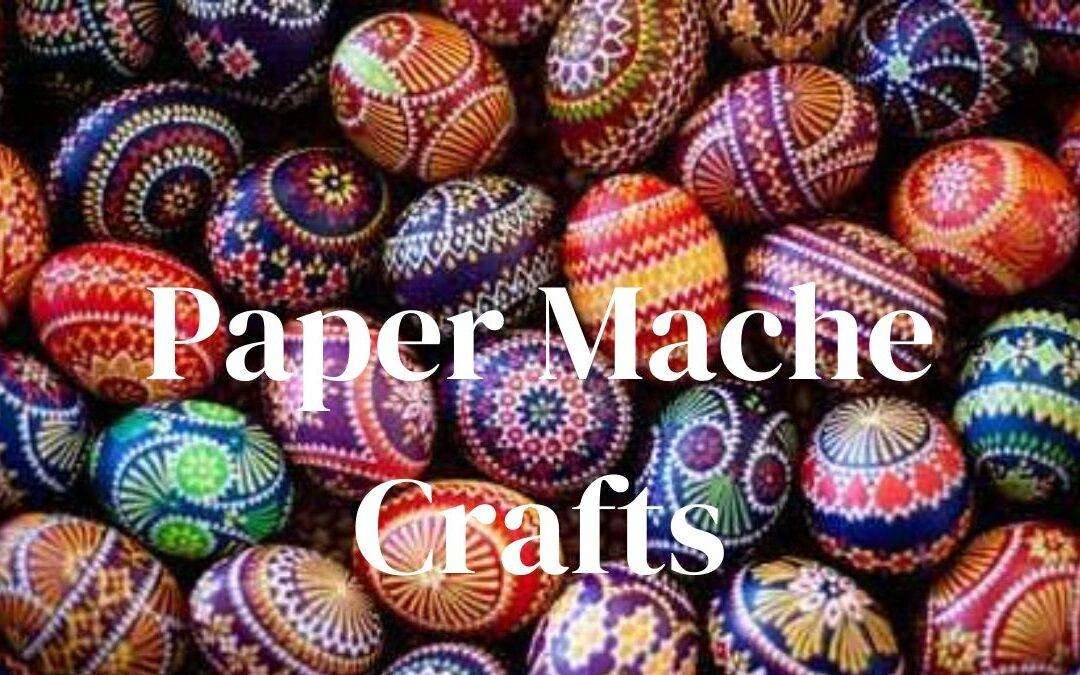 When we think of Kashmiri arts and crafts, the first few things that come to mind are shawls, carpets, rugs, and probably woodwork and embroidery. However, something that the world does not know is that Kashmir is also very well-known for its paper mache crafts. Today, the paper mache handicraft is as ingrained in Kashmir’s culture as any other handicraft.

We know paper mache as the craft that we made for school projects or during vacations as kids. But, the Kashmiri paper mache craft is a true art that has been passed down from generation to generation for centuries.

It is hard to imagine that something made out of waste paper could look so beautiful and elegant.  The Kashmiri craftsmen are so amazingly skilled that they can turn even discarded paper into an attractive work of art.

‘Paper mache’ is a French term which when translated literally means ‘chewed paper’. This art is said to have originated in China hundreds of years ago.

In this article, we share with you everything that you need to know about the Kashmiri Paper Mache crafts.

The origin of the paper mache crafts in Kashmir dates back to as early as the 15th century.  And the credit for bringing this art form to Kashmir is believed to go to the eighth ruler of Kashmir, Zain-ul-Abidin. He came across this art during his time as a Kashmiri prince in Samarkand, Central Asia. That was when he was intrigued by paper mache handicraft.

When he returned to Kashmir, he brought many craftsmen along with him to the valley to train his subjects on the same.

Yet another legend suggests that this art was introduced in Kashmir by a poet and Sufi saint called Mir Sayyid Ali Hamdani. He came to Kashmir from Iran in the mid 14th century. He brought along with him 700 artisans from Iran. These artisans are thought to have taught the local Kashmiris various art forms; and paper mache craft was one of them.

No matter what the story of its origin, this art was made highly popular during the Mughal rule.

The art was originally known by its Iranian name Kar-i-Qalamdani in Kashmir. The word ‘Qalamdani’ is basically pen case. Initially, this art was only restricted to making pen cases.

But, through the years, the art of paper mache has tremendously grown in the valley with numerous items available these days.

On your visit to Kashmir, you will find a host of paper mache items ranging in various sizes. You will find shops and shops lined across the street selling them. Paper mache items also make the perfect souvenirs to carry back home. Pick an item that resonates the most with you- as a fond memory of your trip to Kashmir, something to remember forever!

You will find jewellery boxes, storage boxes, coasters, bowls, trays, pencil stands and a lot more. You will also find decor items such as vases, miniature hookah pots, photo frames, eggs, small elephants and an array of other decor items.

Paper mache handicraft isn’t just used for utility items but for perking up living spaces too. If you are looking for something bigger, papier mache is also used for making furniture pieces like stools, small chests and cabinets, and lamps.

Each and every artifact is so beautifully painted that it is hard to not fall in love with every piece that you come across.

Not just for making products, this art has also been used to decorate walls in historic places like the Shah-e-Hamdan mosque and the Naqshband shrine in Kashmir.

How are Kashmir Paper Mache Crafts Made?

The artisans involved in this profession are supremely skilled and practice the art for years and years. This art has also traditionally existed as a family profession in Kashmir. And like many other Kashmiri handicrafts, the trick and technique behind it gets passed on from one generation to another.

Even though the idea behind this handicraft might sound relatively simple, it is a very time-consuming process and requires a lot of precision. It basically involves two main steps- Sakthsazi (making of the actual item) and Naqashi (the painting and decoration part).

Now, let’s take a look at the making of paper mache handicrafts in detail.

The sakthsazi is the one involved with making the object with the pulp of paper. First of all, the waste paper is soaked in water for several days. Then, a mixture of the soaked waste paper, cloth and the straw of a rice plant is pounded manually in a stone mortar. This is pounded until the mixture becomes very fine and forms a pulp. Then, a rice based glue called ‘Atij’ is combined with this pulp mixture.

After the object is nicely smoothened out, it is coated with a light layer of paint/ lacquer. It is coated again with a second coat of lacquer mixed with some chalk powder and water. This is again left to dry out for some time.

After the sakthsazi’s work is done, the artwork/ object is handed over to the Naqash.

When the object reaches the Naqash, it is first covered with thin sheets of butter paper. The butter paper is pasted so that it acts as a barrier between the main object and the paintwork so that the object doesn’t crack. After covering with butter paper, a thin coat of paint is applied all over the artwork.

This is actually the step where the object is transformed into the beautiful piece of paper mache handicraft that we know. This work is also very intricate and usually takes about 3 days to a week. The designs are first drawn free hand on the object and then they are painted. The designer uses various different motifs like flowers, fruits, birds, creepers etc.

Mostly metallic paints are used for an illuminated effect. After the motifs are painted, often gold or silver is used to highlight them. Mostly the colors that are used for painting are all organic and either nature or vegetable-based. When the whole painting procedure is completed, the final step involves covering the artwork with a layer of varnish for an added shine.

This is the whole procedure that goes into making paper mache crafts. It is an extensive process that requires a lot of patience and attention to detail. But, the whole process is worth it as the end result is absolutely stunning.

Even though these handicrafts are made using paper, the extensive process that goes into making them is what makes these handicrafts extremely durable. Each of these individually created items has a unique story to tell. The Kashmir paper mache crafts are largely pursued by the Shia sect of the Kashmiri Muslims.

Some popular motifs that are used in paper mache Kashmir include:

While Kashmir takes immense pride in its beautiful paper mache crafts, its demand and sale have seen a decline in the recent years. Although we all take a lot of pride in our centuries-old traditions and art forms, we often fail to sustain the artisans who toil hard to keep our traditions alive.

The paper mache handicraft isn’t just a source of livelihood for thousands of Kashmiri artisans but also an integral part of India’s cultural lineage. We hope that this beautiful art form continues to grace the rich culture of Kashmir and more and more generations to come.

If you are looking to buy paper mache crafts, you can check out our extensive collection and buy a gorgeous piece online. As we at Kashmirica, have pledged to bring exclusive Kashmiri goods at the fingertips of the global audience.